Cave Adventure R v2 is out! 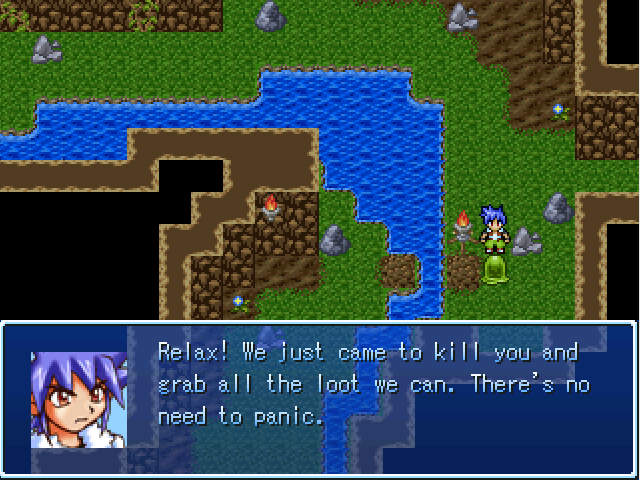 A big update for Cave Adventure R has been released! Something I would like to call the "Remastered Edition". This update changes the engine to the official version of RPG Maker 2003. But not only that! It also adds a lot of new updates and features!

- Updated engine: Improving compatibility, adding a better fullscreen option, and a whole bunch of other improvements.- 4 new areas: Two of them are secret, can you find them?- Remade equipment: Added totally new weapons and armor which replaces the old stuff.- New dialogue: Improved writing in almost every area, now it's more comedic and with less engrish.- Improved balance: Now it's somewhat easier but it allows more varied builds.

Originally released for an event in 2015. Cave Adventure R is one of my first games ever made and also one of the first I've publicly released. While I've come a lot way since I made it I couldn't stop thinking about it. Between all the newbie mistakes I feel like there's something worthwhile underneath. So I decided to give it a new fresh coat of paint and make it a lot easier to play with modern computers. Maybe I'll revisit my favorites ideas from this game and implement them on a new project. For now, I hope anyone that plays it can see past the flaws and have a good time!